Take a pass on the “crash and burn” high from caffeine and sugar – and taurine. The ingredients of these drinks, both mysterious and some not too mysterious, are a recipe for disaster. They may “give you wings,” but you’ll soon come tumbling down – and in the long run, crash really hard. 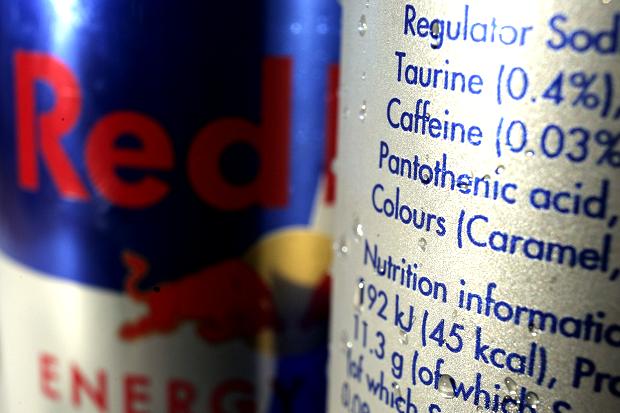 FICCI Research and Analysis Centre (FRAC), food, beverage and environment testing laboratory has constantly been working on developing test methods of various new and complex parameters that are present in food we eat and drinks we consume. In a recent development, FRAC’s technical team has developed testing facility for analysis of Taurine, am amino compound found in every energy drink that is out there in the market.

Read: What happens when you consume Energy Drinks?

Here is everything you need to know about Taurine

Taurine is an amino sulfonic acid, but it is often referred to as an amino acid, a chemical that is a required building block of protein. Taurine is found in large amounts in the brain, retina, heart, and blood cells called platelets. The best food sources are meat and fish.

Read : How aspartame, an artificial sweetner, has become a sweet poison!

Because taurine is utilized by the body during exercise and in times of stress, it’s become a popular ingredient in energy drinks. Taurine shows an anxiolytic effect on the central nervous system, causing a possible reduction of anxiety symptoms associated with caffeine intake. While this may sound beneficial, perhaps its not the best thing to intake when seeking energy for your daily tasks.

Side Effects of Taurine

Since taurine produces high level of anxiety symptoms, over consumption of energy drinks may cause a cardiovascular problem. Studies have implicated energy drinks in illnesses ranging from high blood pressure to strokes and seizures to heart disease. For these reasons it’s been banned in some Scandinavian countries after being linked to the deaths of three consumers. (Source: GlobalHealing)

Did you know you could predict a heart attack?

Take a pass on the “crash and burn” high from caffeine and sugar – and taurine. The ingredients of these drinks, both mysterious and some not too mysterious, are a recipe for disaster. They may “give you wings,” but you’ll soon come tumbling down – and in the long run, crash really hard.

Whey protein is the protein contained in whey, the watery portion of milk that separates from the curds when making cheese.
Find out all about whey protein – pros and cons!

Whey protein is the protein contained in whey, the watery portion of milk that separates from the curds when making cheese.

It is used for improving athletic performance, as a food supplement, as an alternative to milk for people with lactose intolerance, for replacing or supplementing milk-based infant formulas, and for reversing weight loss and increasing glutathione (GSH) in people with HIV disease.

Is natural form of milk better than the powdered milk?

How does it work?
Whey protein is a source of protein that might improve the nutrient content of the diet. Whey protein might also have effects on the immune system. (source: WebMD)

Even the bacteria in your gut govern how much you are going to weigh!

Whey protein is generally regarded as a safe supplement when used appropriately, but you’ll still want to take steps to make sure that you aren’t getting carried away with it. Overconsumption of protein, when coupled with a low carbohydrate intake, can lead to problems

Side effects May include:

This article talks about benefits and harms of raisins, the dried form of grapes. While raisins have many benefits, it may also harm the teeth among kids.

Raisins, the dried-up form of grapes have been known for their nutritional benefits. Raisins are known for many health benefits, some of them being:

Did You Know? Aamla is the Nectar Of Life? Read More…

While acknowledged to be nutritionally and developmentally beneficial, even healthy food items can adversely affect a child’s dental health and cause severe problems in later life, the Mirror reported.

Saara Sabir, a practising dentist and mum-of-one from Salford, said that the most serious culprit of tooth decay was raisins and dried fruit, adding that many parents think they’re a good option because they’re packed with vitamins, but the concentrated sugar content in dried fruit is extremely detrimental to a child’s teeth.

The reason dried fruit poses a particular danger is also because of its consistency. Saara continues that raisins are sticky and get stuck in teeth. Therefore the bacteria have a prolonged source of sugar, so it can cause decay for a longer period of time.

She, however, said that because of the nutritional value, it’s better to give your child raisins as a dessert or part of a meal rather than a snack. (Souce: Zee News)

A research on consumption of Energy drinks shows that they hurt our heart, increase our Blood Pressure levels, and long term consumption leads to cardiovascular diseases.

Commercially available energy drinks are much popular these days! They sure do provide that extra lap of jog. But ever wondered what actually happens in our body as we consume these Taurine and Caffeine-rich drinks?

To find out, researchers from the Mayo Clinic looked at the effects of consuming just one 480 ml energy drink, and their conclusion was alarming: the recorded increase in blood pressure and stress hormone responses were so significant that they could conceivably trigger new cardiovascular events. (Source: Science Alert)

To test their theory, the researchers gave 25 healthy volunteers aged 18 years or older a 480 ml can of Rockstar Energy Drink and instructed them to drink it within five minutes. The group had fasted beforehand and also abstained from alcohol and caffeine for 24 hours prior to the experiment.

On another testing day two weeks removed (in a random order), the same participants drank a placebo beverage designed to resemble the energy drink in taste, texture and colour – but lacking any of the caffeine or other stimulants found in the Rockstar drink, which includes 240 mg of caffeine, 2000 mg of taurine, and extracts of guarana seed, ginseng root, and milk thistle.

Read Also: Why do we crave for more McDonald Burgers?

What the researchers found when they compared the results of the two drinking sessions was that consumption of the energy drink saw a 6.4 percent increase in average blood pressure.

Further, the average norepinephrine level – the hormone responsible for mobilising the body into action, especially with regards to the fight-or-flight response – increased from 150 picograms per millilitre to 250 pg/mL in those who consumed the energy drink, whereas the placebo elicited only a 140 pg/mL to 179 pg/mL increase (a 74 percent vs 31 percent change, as the researchers point out).

Find Out: Natural Milk vs Powdered Milk- Who Wins?

Watch: Global Warming Is NOT a Myth!